I’ve watched carefully this madness surrounding the Black vs. White mentality surrounding the upcoming Oscars. It seems abundantly clear to me that certain folks are making this about color and not about talent which only further perpetuates the burgeoning race issues in this country. We are not curing cancer or ALS folks – it’s an Award Show celebrating the Best Of The Best. So, if “Black Hollywood” (which label in itself is Racially Stigmatizing), boycotts the Oscars should “White Hollywood” boycott the NAACP Image Awards. Oh, I forgot, “White Hollywood” is not invited. Can you say throwing stones at glass houses? I care about talent – not color – I care about equality – what I see here is a selfish few just further blurring the lines …

It’s still laughable to me whenever a client asks, When will you get me on the  ‘Today’ show? The reality: If you and your topic are a good fit for ‘Today’, know that I am pitching ‘Today’ and other similar shows. Also realize that just because I have put other people on ‘Today’ and similar national TV shows, that doesn’t mean I can automatically place you there. Yes, my relationships and credibility with producers will help somewhat, but only to a point. The competition is extremely fierce at that level, and although breaking in is possible, it won’t happen for some people.

Stop telling me you don’t care about local TV.

If you don’t care about local TV and are interested only in national TV, you’re an idiot. If I hook a national TV producer on the idea of having you as a guest, the first question he or she will ask me is, Does this person have any other television experience? Local TV helps lead to national TV, plus it’s still major credibility in its own right.

This isn’t a short-term strategy. People call my office and say, Can I hire you for a month? The answer is no, because you can’t do this for one month and expect to get big-time results. If you want to hire someone for a month, hire someone else who is happy to take your money and doesn’t care about disappointing you and undermining their own reputation. Publicity is a long-term strategy that takes time and the ability to develop new story angles and play off current events. Those events will happen, but they might not coincidentally happen during the first few weeks. Just as you might advertise for the life of your business, publicity should be approached the same way to continue to build your credibility.

You don’t need a publicist to write a press release and distribute it through a service such as PR Newswire or BusinessWire. You can do that yourself. Most press releases are self-serving and contain no news value. If you still want to pay these companies a lot of money to have your release lost in a sea of press releases so nothing much comes of it, I’m happy to help. I just think there are better ways for you to spend your money.

With anyone I work with, have previously worked with or will one day work with, I give it my all, 100 percent dedication and commitment to doing the best I can. But after all, I’m selling you and your message. I’ve worked with really strong messages and others that aren’t as solid. If you`re not getting the media coverage you believe you’re entitled to, don’t always blame your publicist, but instead take a look at the goods you’re bringing to the table. Not all clients are created equal. Having said that, though, I won’t take a client whose message I don’t think I can sell.

The days of mass mailings, mass e-mails and cold-calling producers and editors are over.  I subscribe to the theory that each client is an individual and thus require the “Personal Touch”.  Whether it be an Actor, Producer, Author, Recording Artist or Corporation, the “pitch” needs to be personalized for each client and to each media outlet. First and foremost, there MUST be open lines of communication between the PR Pro and the client.  Honesty is key.  Educate the client – identify strengths and weaknesses – be truthful as to what the potential results are vs. what may result.  Also,

Hope this helps.  I will dig further into this at a later time. In closing, be genuine, be wise and know your brand.  Don’t sell yourself short and NEVER sell out. The objective is to have a lasting career that is both maintained and strengthened via an always evolving PR campaign. At the same time, however, if you long to be on the cover of Life & Style every week, than I am not your guy. Until next time … Peace! 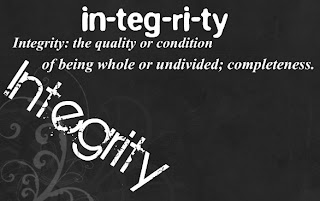 I have been and remain to be blessed in my career.  I have in my stable of clients Grammy Winners, Oscar Winners, Emmy Winners, NY Times best-selling authors, Bon Appetit “Chefs Of The Year” and a few, do I dare say, ICONS.

In the last 10 years, I have gradually watched as REAL TALENT has been pushed aside and replaced by REALITY TV STARS famous for only being famous. I mean should I advise my clients to make a Sex Tape or live in a trailer or have 8 kids or join the mafia or be a “Real Housewife” to garner the attention they so rightfully deserve.  Hell no!  My clients can change lives with their immense gifts and talents and thus I will continue to fight the good fight.

The media — whether it be Tabloid or Mainstream  — need to move away from the trailer park trash and return to booking guests that have history and expertise and talent and good will to share – guests that can uplift, entertain and educate the world rather than exploit it.